Over 50 years of developing affordable housing for seniors

In 1965, Congress elevated housing to a cabinet-level agency of the federal government, establishing HUD, which succeeded its predecessors, the National Housing Agency and the Housing and Home Finance Agency (HHFA).

Jack Falkenberg broke ground for his first HUD-subsidized client in 1967, and FGA continues to manage Grace Tower today. Under his vision and leadership, the firm grew to 7 buildings in about the same number of years. Suddenly in 1978, Mr. Falkenberg passed away, and his young protégé associate Priscilla Gilliam immediately took over the firm’s management. Ms. Gilliam then purchased the firm from the Falkenberg family. She incorporated the company in California as Falkenberg, Gilliam & Associates, Inc. 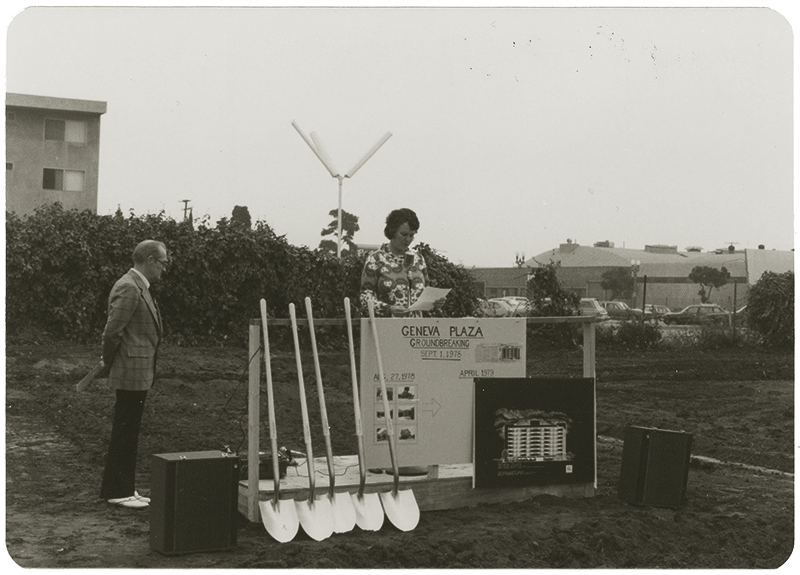 Over the years, FGA expanded its housing development capabilities to arrange government funding and oversee the construction and occupancy of 38 buildings and subsequently managed those. For five decades, Ms. Gilliam worked tirelessly to develop senior buildings on behalf of churches, synagogues, and other non-profit organizations such as the Salvation Army.

FGA grew through word-of-mouth. Ms. Gilliam’s reputation grew organically and today is considered a pioneer and visionary among the affordable housing industry of Southern California. All of FGA’s customers were non-profit organizations. In many cases, Ms. Gilliam would help them establish a board of directors. Ms. Gilliam would pursue the needed HUD funding, hire the architects and contractors, and oversee the grand opening with the board’s approval. Ms. Gilliam is a licensed real estate broker.

In the 1980s and 1990s, FGA was opening multiple buildings per year. These buildings are typically high-rise buildings that are between 100 to 300 units. FGA’s footprint stretched from Santa Barbara to San Diego. Ms. Gilliam made a practice of personally attending every board meeting for every client building, whether quarterly or monthly.

Today, FGA currently operates 18 senior subsidized buildings — a total of 2,450 units — in Southern California and takes personal pride in managing each one. FGA employs 15 full and part-time employees in its Pasadena HQ and 88 employees who manage the 18 properties on-site.